Biomass is a term generally used to describe waste which can be burnt to create energy. It is derived from many different sources such as residues, crops and trees. There are 4 main primary classes of biomass power systems:

The majority of today’s biomass power plants are direct fired systems which are very similar to fossil fuel power plants, where the biomass is burnt within a boiler and produces high pressure steam. The steam is directed to a steam turbine before flowing over a series of aero-dynamic turbine blades which force the turbine to rotate. The turbine is connected to an electricity generator which creates electric as the turbine turns.

Whilst this type of technology is tried and tested, the level of efficiency achievable is somewhat limited. Biomass power boilers are typically in the 20-50 MW range in comparison to coal-fired plants which sit in the 100-1500 MW bracket. Even though it is entirely possible to reach efficiency ratings of over 40% using steam technology, it is more realistic to expect around 20% – 25%.

Co-firing involves substituting a percentage of biomass for coal in an existing furnace. Because much of the existing equipment requires no major modifications, co-firing is less expensive and therefore more economically viable. Biomass reduces Sulphur Dioxide (SO2), Nitrogen Oxides (NOx), and other air emissions. Once the boiler is set for peak performance, the efficiency of adding biomass sits alongside that of coal. This allows the energy in biomass to be converted to electricity with the high efficiency (in the 33-37% range) of a modern coal-fired power plant.

Gasification works by heating biomass to such a temperature that solid biomass breaks down to form a flammable gas (biogas). The biogas should be cleaned and filtered to remove unwanted chemical compounds. The gas can be used in more efficient power generation systems called combined-cycles, which combine both gas and steam turbines for the production of electricity, sometimes reaching up to a 60% efficiency rating.

Gasification systems will be coupled with fuel cell systems for future applications. Fuel cells convert hydrogen gas to electricity (and heat) using an electro-chemical process. There are very little air emissions and the primary exhaust is water vapour. As the costs of fuel cells and biomass gasifiers come down, these systems will proliferate.

Modular systems employ some of the same technologies mentioned above, but on a smaller scale more applicable to villages, farms, and small industry. These systems are now under development and could be most useful in remote areas where biomass is abundant and electricity is scarce. 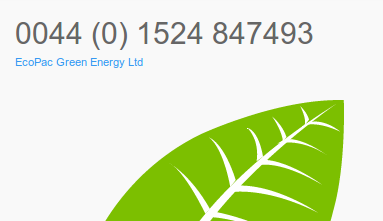